Just after the embarrassment of an emergency door falling off on landing in Abuja, Dana Airlines is enmeshed in another aviation near mishap, this time in Port

Harcourt. Reports said the airline’s plane, coming from Abuja,  overshot the Port Harcourt runway on Tuesday night and ended up in the bush. 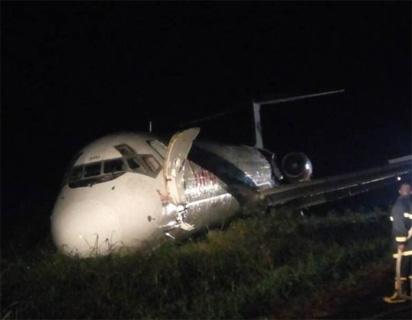 Photographs and tweets said there was no injury to passengers as they were evacuated from the marooned plane. The Federal Airports Authority of Nigeria also

confirmed that all passengers were safely evacuated. 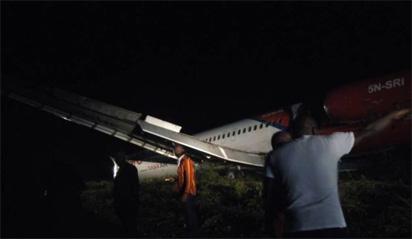 Yet another view of the Dana plane in the bush

Since its last crash on 3 June 2012 in Ishaga, Lagos, Dana Airlines has always been under a radar of suspicion by Nigeria’s air passengers. The crash then killed

all the 159 passengers on board, including some people on the ground, where the plane crashed.

Quality Security you can trust